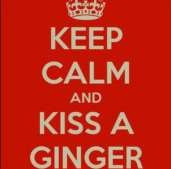 Me: Did you know that January 12 is Kiss a Ginger Day?

We’ve been talking about starting a vegetable garden since we moved to the ‘country’ three and half years ago.  So when information about a free four-hour seminar on backyard gardening came across Mr. R.’s desk a couple of months ago, he registered both of us.

The seminar, called Farm Your Backyard, was going to be offered at Mounts Botanical Garden in West Palm Beach.  We’ve talked for years about taking the tour there but we’d never done it so this seemed like the perfect chance to tour the gardens and learn about growing our own, so to speak.  Okay, maybe not perfect, because it started at 9:00 on Saturday morning.  Alarms would need to be set, we’d lose a perfectly good ‘sleeping in day’ but we decided it was worth the sacrifice.

Originally the plan was to stop at Brooklyn Water Bagel at Northlake and Military to pick up a little breakfast on our way to the seminar, but we were running late (Have I mentioned that Mr. R. tends to do that?) so we drove through Dunkin Donuts for breakfast sammies and we ended up arriving at Mounts Botanical Gardens at 9:20.  Ahem. 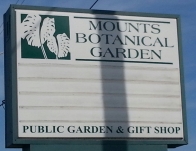 We found a place to park the F-150 and headed off in the direction of some buildings we could see.  A nice Haitian man began following us, also looking for Exhibit Hall A.  We ended up completing a circuit around the buildings and didn’t find the room until we almost started around a second time.  Our new friend quickly scurried inside.  I stopped, however, confronted by a very unfriendly sign. 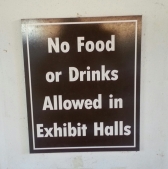 Oh, really?  I’m not some five-year-old.  I am a woman grown.  Do you mean to tell me that I can’t bring a drink to sip on along the way.  I stood uncertainly with my ever-present Tervis Tumbler full of caffiene-free Diet Pepsi.  Mr. R. clutched his Dunkin coffee.  We looked at each other.  Surely they don’t mean to have a four hour meeting and nobody can drink anything.  (They do, and don’t call me Surely.)  We debated.  Should we leave our drinks out on the wooden deck and hurry inside?  They’ve been going for half an hour now.  Should we sneak in with our cups and hope for the best?  We opened the door and slipped into the entry, the last few rows of chairs visible through a second set of doors.  We couldn’t see the speaker but he sounded like Ben Stein, if he smoked three packs a day.  The people we could see looked miserable, like they wanted to put a gun to their heads.  And they had another three and a half hours to go.  One guy turned and looked at us.  Get out!  Save yourselves! he said with his eyes.

So taking our contraband beverages, we went back outside and proceeded to take ourselves on a private (and complimentary) tour of Mounts Botanical Gardens.  It was an absolutely beautiful morning and we took lots of photos.  Suddenly getting up at seven on a Saturday didn’t seem like such a bad idea. 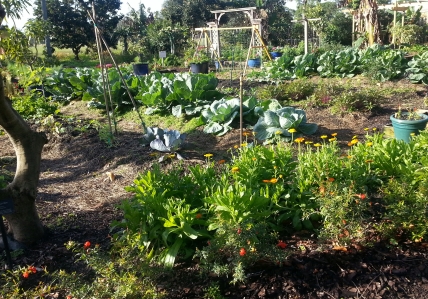 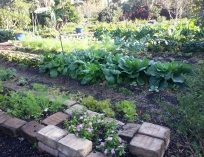 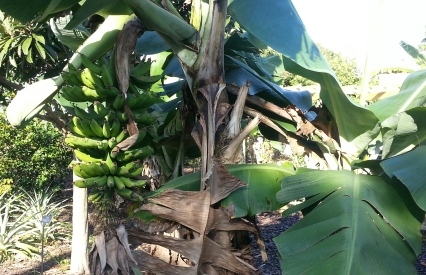 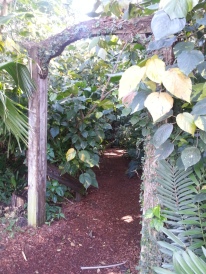 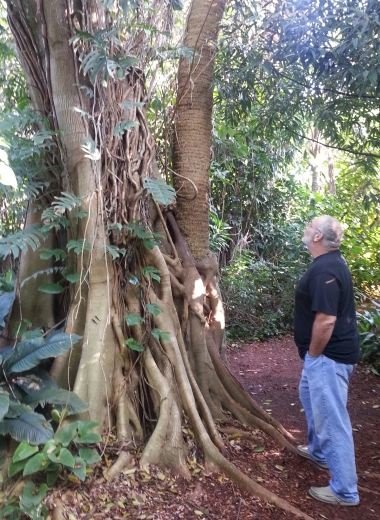 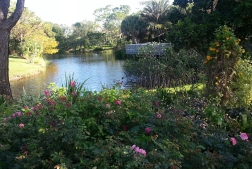 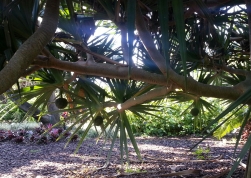 I have no idea what this is, but it was too cool! 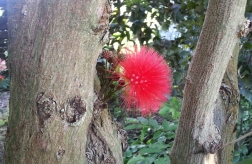 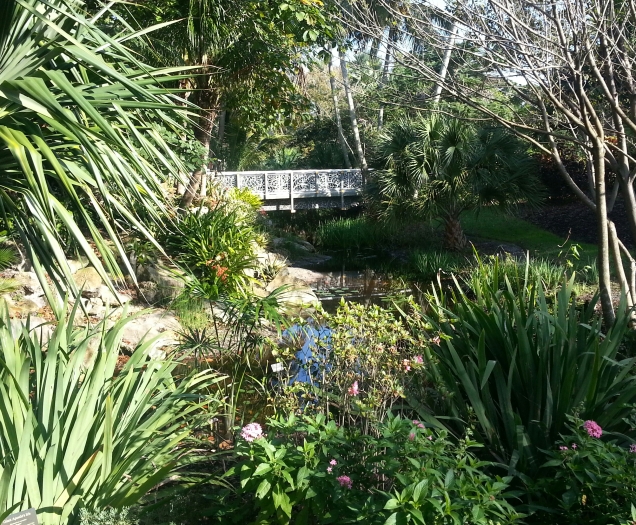 This reminded me of Monet.