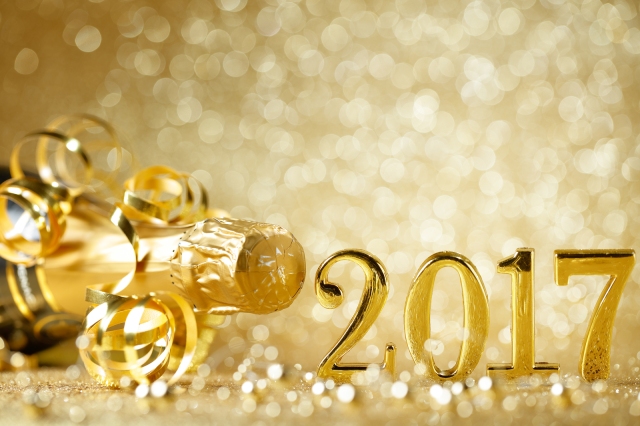 It’s been a week, hasn’t it?  You get to the point where, when you see a celebrity trending on social media, you feel like you just don’t want to know any more.  For me, it seems like 2016 has been unusually cruel, especially right here at the end.

This year, we’ve lost so many iconic dreamers, artists, and poets.  Is is just that we’re getting older, is that it?  I don’t know.  But I’m not feeling all that festive this New Year’s Eve.  I mean, the year’s been rough, and we’re staring down the barrel of a world where an ignorant orange troll effectively unravels decades of careful diplomacy, 140 characters at a time.  I don’t know anymore.

But I wanted to remember a small sample of those we’ve lost:

I don’t mean to be a downer, but I think, on a night like tonight, as we, with cautious optimism, welcome in the New Year, we need a little Sweet Baby James.

Merry Christmas Eve!  Tonight’s serenade is one of my favorite Christmas songs.  As the mom of two baby boys (okay, they’re grown now), this song always hits me in a very sentimental way.  And this version by Pentatonix absolutely gives me chills.

Tonight’s serenade is another two-fer, too.  I love this Celtic spin on Jesu, Joy of Man’s Desiring.  It’s just joyful and spirited, and I hope you like it.

From our house to yours, we’re sending warm wishes for the happiest Merry Christmas to you and your family.  Happy Saturday night!

I can’t help it.  Every year, Publix comes out with a heartfelt holiday commercial that makes me all teary.  I love this one.  See what you think.

We’ve got the holiday spirit going on around our house.

My love is roaming around the house humming Feliz Navidad.

Only on the chorus, he’s singing, “I really wish you had hairy fish nuts…”

You can’t make that up.

One week from tonight is Christmas Eve!  I’m so excited.  I only have four work days before a two-week holiday.  The last of my out-of-town gifts went out today, guaranteed to arrive before Friday.  I used Amazon Prime to order a little Christmas surprise for Mr. R., to be delivered by Tuesday.

I know, we agreed to say the new Christmas tree, in addition to the new kitchen, bathrooms, and wood flooring happening just after New Years would be our gifts to each other.  But, you know…

All I Want for Christmas by Mariah Carey is one of my favorite holiday songs, and this is my favorite version, featuring Jimmy Fallon and The Roots playing classroom instruments.  I especially love the pop-up kids in the foreground.  I hope you enjoy it as much as I do.

You’re getting a two-fer this week, though.  Christmas at our house comes with some required viewing.  We always have to watch Christmas Vacation at some point, and then Christmas Eve is not the same without A Christmas Story.

But tonight, we’re watching Love Actually.  It’s one of my all-time favorite movies, with all of its random but intersecting story lines.  Your second serenade features brilliant British actor Bill Nighy performing as Billy Mack, aging rocker trying to make a comeback with a holiday song that’s a play on one of his earlier hits.  It’s heartfelt comedy gold and I couldn’t resist it.

So as we get closer to the holiday, I hope you feel it in your fingers.  And in your to-oes. 🙂 Happy Saturday night!

We have an issue at work these days.  For anyone who doesn’t know, for the time being, I’m a teacher at a high-poverty, low-performing public school.  According to last year’s high-stakes testing, we are actually the lowest-performing elementary school in the entire district.  That’s not good.

Because of the poor test results, the Principal of the past six years was removed in the middle of the summer.  He was replaced by a woman who has quite the reputation in the district.  When people out in the community find out who our Principal is, they generally make the sign of the cross.  And, no, that’s not an exaggeration.

This woman is vile.  She makes Kevin Spacey look like Mr. Rogers.  Staff members have been dropping like flies.  The Assistant Principal, the confidential secretary, the data processor, the attendance clerk, two different IT guys, and about twenty custodians have been replaced.  People have been escorted out by police, only to have this woman tell us in a staff meeting how she clung to their ankles and begged them not to leave.

Teachers have been singled out and bullied, called on their mobile phones after hours and told that they’re not being “team players.”  While I’ve had one documented observation, some of my colleagues have them nearly every week, and they’re told that they’re not working hard enough, that their skills are inferior.

Paranoia reigns, and it’s not uncommon for folks to look over their shoulder before they talk to their friends and co-workers.  Stories abound of Admin listening in to conversations, of loyalists who report back on things that people say.

That’s not all, either.  There is evidence that the Administration has tampered with the recent standardized diagnostic testing, the tests that predict how students will do on the formal tests in the spring.  There is also evidence that Administration is playing fast and loose with finances, failing to comply with district-mandated procedures regarding money students pay for special events.

All of which is why, very quietly, a small group of us is working with the union to see that these things are investigated.  It’s not unheard of for a Principal to be removed from a school if it is deemed that that Administrator is creating a hostile work environment.

Morale is in the sewer, to say the least.  Unlike every year since I started working at this school, there is no formal holiday party planned.  Which is why a few trusted friends and I thought it would be nice to get a group together for an informal holiday happy hour at a local watering hole.   Just a little spirit-booster to say, ‘Hey, we’re in this together.’

A little spazz we like to refer to as Hurricane (who wasn’t included on the invite list, by the way) got wind of our plan and decided EVERYONE needed to be invited.  I’ve seen her running around the school, babbling like a slot machine that hasn’t stopped spinning, telling everyone about where and when.  She even marched herself into the office and invited Administration.

So.  A handful of people, including some of those who have been removed, are meeting in a very different location from the original plan.  It’s not what I’d intended it to be.  I wanted to give some folks a bit of hope right here before Christmas.

What about me?  Like I said, knock wood, by and large they seem to be leaving me alone.  But when you hear about groups of teachers being called in and berated about ridiculous things, you know it’s only a matter of time.

I’m quietly planning on this being my last year in education.  The industry sucks anyway, and this situation only exacerbates that fact.  Luckily, because of ignorant choices I made early on, I can actually retire any time I like, taking with me a nice nest egg of a retirement, plus they’ll buy out my banked sick hours at 100%.

Next fall, when every is dragging themselves back to the grind, I’ll be writing full-time.  But I might as well raise a little hell before I go.   😉

We’re two weeks away from Christmas and it’s a nasty December day here in south Florida.  The sky is gray and it’s been misting all day.  It’s not cold, really, the temp is 70, but it’s the kind of day that makes you want to stay home and avoid the rat race.

Which we didn’t today, because we needed to finalize our shopping so we can ensure all our loved ones have a holly, jolly Christmas.  Oddly enough, I found that other shoppers out there are not necessarily holly or jolly.  In spite of sparkly decorations, piped in holiday mood music, and huge bargains, folks are downright grumpy.  On the upside, I thought the clerks and cashiers were pretty pleasant.

But fighting our way through traffic on this wet, soggy day, only to be run over by other shoppers in their search for yuletide gold, we began to appreciate the miracle that is Amazon Prime.

So mission accomplished, we’re back in our decked-out abode, and I couldn’t be happier.  Tonight calls for a glass of wine in front of the fire, relaxing in the glow of the Christmas tree, with bluesy holiday music in the background.

STUFF YOUR E-READER with Scandalous Stocking Stuffers
TODAY ONLY!

I love Christmas!  I love the lights and the television specials and the decorations and the music.  I love picking out the exact perfect gifts for friends and loved ones, Secret Santa at work, the Angel Tree at the mall.

When you love something so much, there’s the danger of being disappointed by unrealistic expectations.  You envision the perfect holiday, like a Martha Stewart Christmas special, and what you get is more like the family in the Dropkick Murpys’ The Season’s Upon Us video.

But in spite of all the external trappings, Christmas is about love, about family and close friends, the kith and kin who know you better than anyone else does.  It’s a great opportunity to express our appreciation for each other, to make right things that might have gone awry over the past year, and to extend grace and forgiveness.  It might not be perfect, but it’s genuine.

And guess what?  It’s probably not all that perfect at Martha’s house, either.

So I’m ushering in the Christmas season with my favorite jig-punk band as they put the ‘fun’ in dysfunctional in their hysterical ode to a family holiday.  May you laugh, and, fingers crossed, may you not recognize too many of the characters.